Drag Daze is the brain child of Cleveland's David Coughlin. After spending years in the expansive Cleveland local scene with bands like The Scuzzballs, David came to form the solo project Cobbles which later turned into Drag Daze. After awhile of playing shows as a standalone performer, Coughlin enlisted friends & former band mates for the live setting while he started crafting his debut record with a full band sound. This leads us here to the announcement of the partnership for the debut Drag Daze self-titled full length due out on October 18th! DGR will be partnering with David & Co. to release the record on cassette. This 10 track collection of songs is full of fuzzy alt rock with catchy chorus, guest spots by Willow Hawks of The Sonder Bombs & riffs sure to make your head nod. 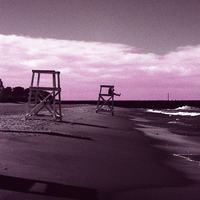