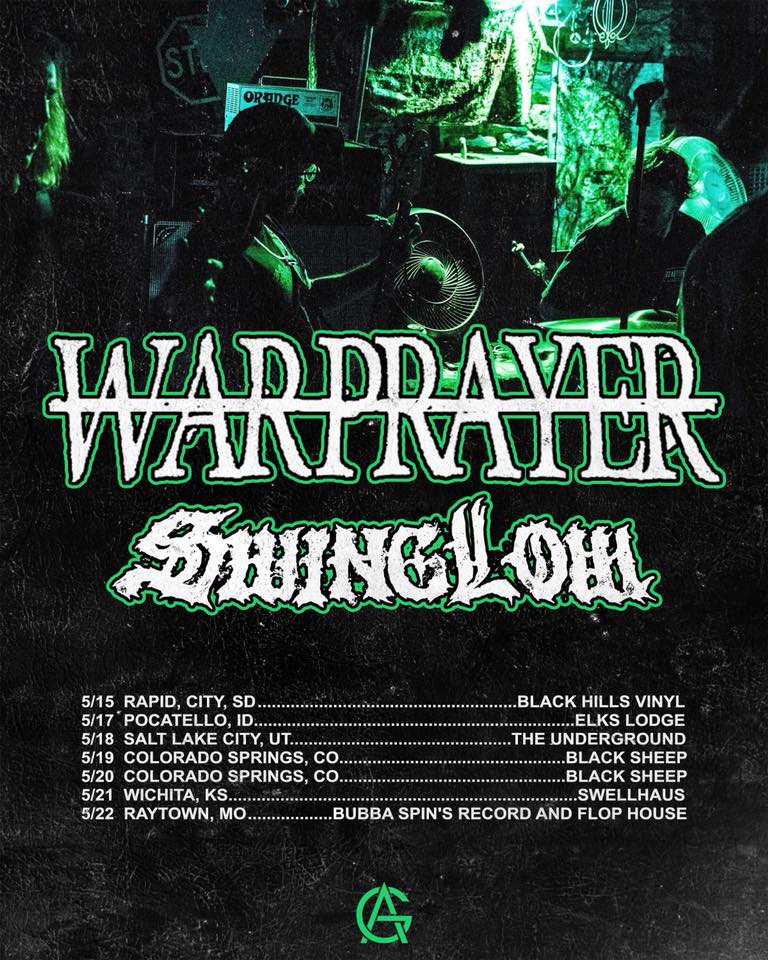 Split partners War Prayer & Swing Low are set to tour together this May to Colorado Spring for Spring Slams II.

War Prayer have stayed busy since the split came out by touring with These Streets in the Winter, playing Snow & Flurry Fest & playing Tilde Records fest this past weekend. War Prayer have also announced that they will be playing the Minnesota date of the final Warped Tour on the Full Sail Stage on July 22nd.

Swing Low have also been staying busy over the winter by playing a Flyover Fest in Oklahoma and Snow & Flurry Fest in Fargo, North Dakota. Swing Low also released a cover of Disembodied's "Gone" & were also included on See You Never Record's "Midwest Mixtape" cassette compilation. Links to the cover and the cassette will be down below. Swing Low have recently announced that they will be recording a two song promo soon. Keep your eyes locked on them for new music.

If you haven't checked out the split cassette that War Prayer and Swing Low released through Delayed Gratification Records last Summer, there will be a link below. Cassette copies are still available.